Canadian trumpet player Sarah Belle Reid is active in the fields of performance, intermedia arts, music technology, and improvisation. She has performed throughout the world with artists including Charlie Haden, Wadada Leo Smith, and Vinny Golia, and with ensembles such as the Liberation Music Orchestra, KREation Ensemble, Orchestre de la Francophonie, and the Montreal Symphony Pops Orchestra. Reid currently resides in Los Angeles where she regularly performs, tours, and records in a broad range of musical genres and settings, from new music groups like The Industry and Burnt Dot, to pop and commercial artists such as Adele and Estrella TV.

As a performer dedicated to new and experimental music, Reid has premiered over 40 works for solo trumpet, as well as multiple chamber and performance art pieces. She is a founding member of the trumpet/modular synthesizer duo Burnt Dot, dedicated to exploring open forms of spontaneous creation and electroacoustic collaboration.

As a composer, Reid’s work focuses on liminality and memory imprints both in sound and physical performance—a fascination inspired by Marcel Duchamp’s writings on infrathin. She has also been working on the design and development of new interfaces for musical expression as a means of augmenting the trumpet. Reid is a co-developer of the Minimally Invasive Gesture Sensing Interface (MIGSI) for trumpet: an open-source, wireless interface that captures performance data and provides real-time extended sonic and visual control.

As a scholar, Reid has studied with music technology leaders Dr. Ajay Kapur and Dr. Perry Cook, and published technical and theoretical papers on the subjects of interdisciplinary process and collaboration, musical interface design, and alternate methods of musical notation. Reid has been an invited speaker and guest artist at Hendrix University, University of Oregon, UC Irvine’s Women in Music Technology symposium, the European Society for the Cognitive Sciences of Music, and the international conference of New Interfaces for Musical Expression (NIME).

Reid received a Bachelor of Music in trumpet performance from McGill University’s Schulich School of Music and a Master of Fine Arts from the California Institute of the Arts, where she is currently on faculty teaching music technology (Music Technology: Interaction, Intelligence, and Design), and music theory. 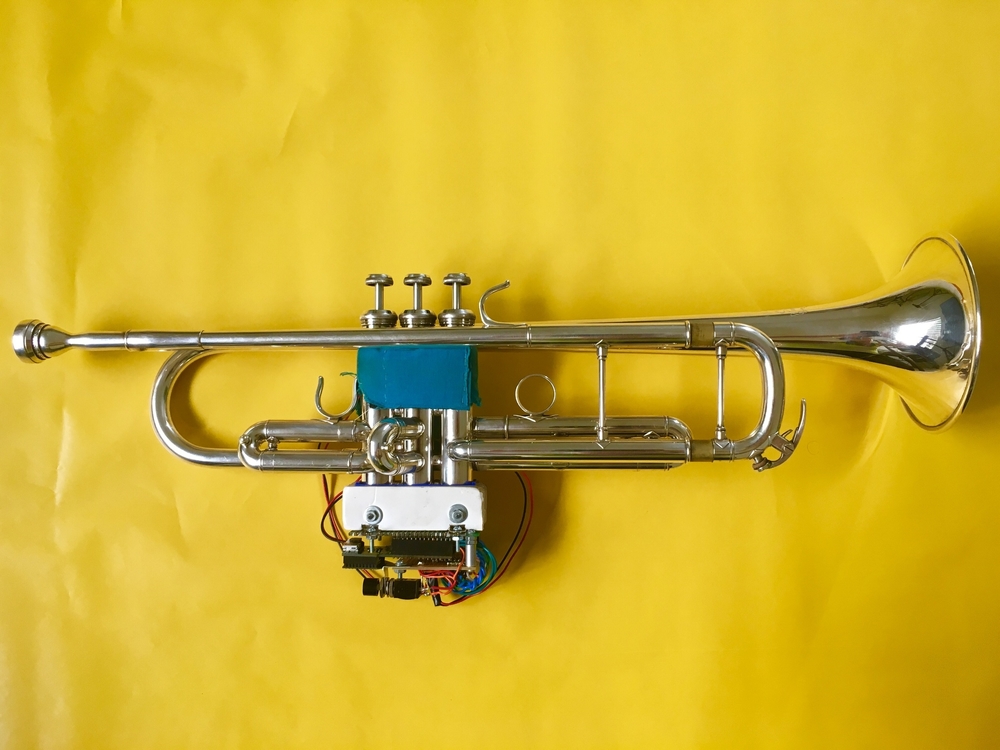