"The terminology that describes various groups changes over time and many terms that were common in the past have fallen out of use. For instance, the term 'African American' has replaced the older terms 'Afro American' and 'Negro.'  If you search on the term 'African American,' you will find more recent items, but if you are looking for historical documents, the terms 'Afro American' and 'Negro' may return more results. This is true of descriptors for other groups as well.

Below are lists of some common search terms and their variations for researching diversity issues. These lists aren't definitive, but rather give examples which can be used as patterns in your own searching in the online catalog, in library databases, or on the Internet."* Keep in mind that terminology for this area is constantly changing, with new terms introduced and others discarded in favor of a better descriptor.

The journals listed are scholarly, meaning most of the articles are intended for researchers in the field.   To find these titles in Academic Search Complete, search by Publications or click the linked title.  If you have questions, please ask a librarian.

For additional information and practice, see the Research Success Tutorials. Click on the images below to visito these tutorials.

Options for Getting Articles Found on the Web

Scenario:  Google searching leads you to the citation of an article on the web, but the full text is not available or you would have to pay for a copy of the article.

Before paying for an article on a publisher's website, consider these options:

Browse the catalog or book collection by call number

Materials in ACC libraries are shelved according to the Library of Congress Classification system. Diversity-related materials can be found in all campus library collections, in print, ebook, video, streaming media, and other formats. These are examples of some of the call number areas you can browse the library catalog and the library stacks (shelves):

If you are not finding the material you need, ask a librarian for assistance. You can also search libraries worldwide through WorldCat. Ask your librarian about getting a title you need from another library. You may find useful titles in call number areas of other, related subjects, such as: B (philosophy, psychology, religion), HF (business), M (music), N (art), P (language and literature), R (medicine), etc.

You can get a TexShare card to borrow books from participating local libraries. 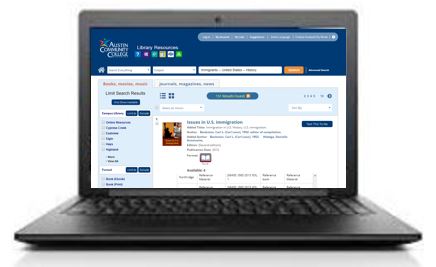 Commonly used Library of Congress subdivisions and sub-headings for demographic groups (use to search the library catalog):