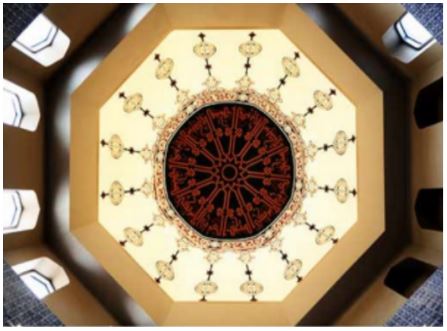 "Arab Americans trace their roots to 22 countries in Africa and Asia that share a common language and heritage. There are of many religions. The majority of Arab Americans are Christian -- Eastern Orthodox (e.g., Greek Catholic, Maronite, Coptic, Assyrian, and Chaldean), Roman Catholic and Protestant, but Muslims are the fastest growing segment of the community. The majority of Arab Americans are native-born Americans, and 82 percent are U.S. citizens" (Allied Media Corp., 2009).

"Arab Americans are defined as those who immigrated from or are descendants of immigrants who came from the predominantly Arabic-speaking nations in Southwest Asia and North Africa. This includes people from the 22 contemporary nations that make up the Arab League: Egypt, Syria, Lebanon, Iraq, Jordan, Palestine (the West Bank and Gaza), Saudi Arabia, Yemen, Oman, United Arab Emirates, Qatar, Bahrain, Kuwait, Libya, Tunisia, Algeria, Morocco, Mauritania, Sudan, Somalia, Djibouti and the Comoros Islands.

The vast majority of the early Arab immigrants [in the late 1880s] were Christian.

The term Middle Eastern Americans refers to immigrants and their native-born descendants who trace their ancestry to the Middle East and North Africa. In other words, they come from the 22 countries that form the Arab League, and the non-Arab countries: Iran, Israel, and Turkey. Additionally, there are minority populations (both ethnic and religious) from these nation states who are also Middle Eastern Americans. These include Armenians, Assyrians, Baha’is, Chaldeans, Copts, Druze and Kurds. While the U.S. government does not recognize Middle Eastern Americans as an official minority group, we still need to acknowledge their presence because of their contributions to American society and economy – and, ironically, the relatively high level of discrimination they have endured in this country.

The immigrants from the Middle East are a very diverse group. The United States Census identifies all persons of Middle Eastern ancestry as “white”, thus denying them official recognition as a separate ethnic group. Within the Middle Eastern category many people identify themselves more in terms of their national origin (Syrian, Lebanese, and Iranian) or ethno-religious origin (Armenian, Assyrian, Baha’i, Druze) rather than in terms of the larger Middle East region."

Use the e-resources / databases under Research to find articles.

(1) Arab Studies Quarterly
Use these databases to find full-text articles in this publication: 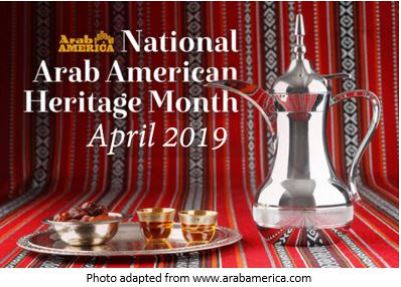 A Thousand and One Journeys: The Arab Americans