City of Hutto, established in 1876 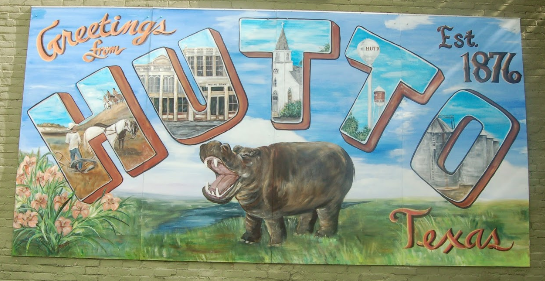 [Image from the Self-Paced Hippo Tour, Convention and Visitor's Bureau]

The town of Hutto was was established when the International and Great Northern Railroad was built three miles north of Shiloh, a small farming community near the crossroads of FM 135 and FM 139 on the north side of Brushy Creek. The railroad company purchased five acres of land for a designated station stop. This purchase created the town of Hutto. 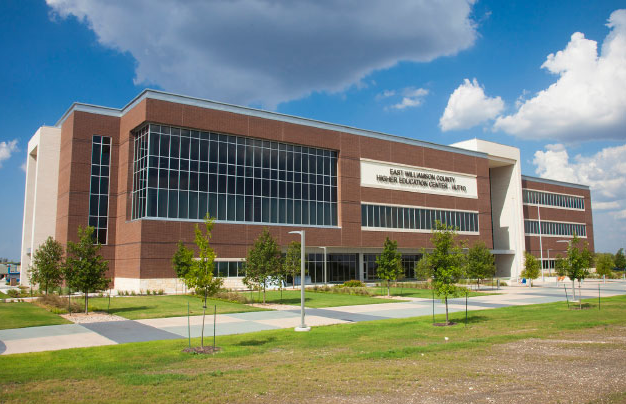 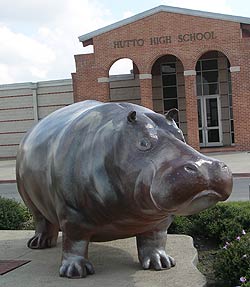 "Hutto is the only community in the United States to use the hippo as its mascot. There are several stories that explain how the hippopotamus became Hutto’s official mascot. In 2003, the Texas Legislature recognized Hutto as the 'Official Hippo Capital of Texas.'"